by Jane McGrath
Prev NEXT
4 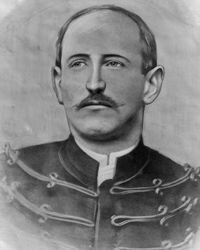 Alfred Dreyfus, the man at the center of the controversy, who denied having sold military secrets to the Germans.
William Vander Weyde/George Eastman House/Getty Images

Like t­he conspiracy invented by Titus Oates, this scandal was built on a lie that dramatically affected national politics and was perpetuated for years by hatred. Alfred Dreyfus was a Jewish officer in the French Army in the late 19th century when he was accused of a treasonous crime: selling military secrets to Germany.

After his highly publicized trial, authorities sentenced him to life imprisonment on Devils Island, and anti-Semitic groups used him as an example of unpatriotic Jews. However, suspicions arose that the incriminating letters were in fact forged and that a Maj. Esterhazy was the real culprit. When French authorities suppressed these accusations, the novelist Emile Zola stepped up to accuse the army of a vast cover-up.

The scandal exploded into a fight between so-called Dreyfusards, who wanted to see the case reopened, and anti-Dreyfusards, who didn't. On both sides, the debate became less about Dreyfus' innocence and more about the principle. During the dramatic 12-year controversy, many violent anti-Semitic riots broke out and political allegiances shifted as Dreyfusards called for reform.

After Maj. Hubert Joseph Henry admitted to forging key documents and committed suicide, a newly elected Cabinet finally reopened the case. The court found Dreyfus guilty again; however, he soon received a pardon from the president. A few years later, a civilian court of appeals found Dreyfus innocent, and he went on to have a distinguished army career and fought with honor in World War I. Meanwhile, the scandal had changed the face of politics in France.