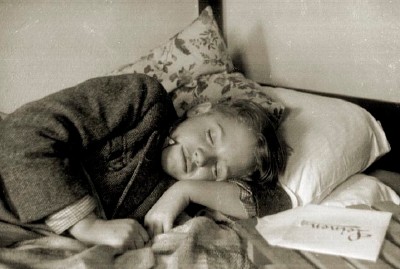 During the buildup to World War II in 1939, Winston Churchill called for a British-Russian alliance, which was declined by Soviet Union leader Joseph Stalin. The World War II timeline below highlights this event as well as other important events that took place from May 31, 1939, to August 2, 1939.

May 31: In a move that emboldens Adolf Hitler, Vyacheslav Molotov addresses the Supreme Soviet and denies that the Soviet Union is aligning itself with the Western powers against Nazi Germany.

July 9: Realizing that Britain could not successfully defend Poland against Nazi German aggression, British Parliament member Winston Churchill calls for a British-Russian alliance. Having imperialist designs of his own on Poland, Joseph Stalin will decline.

July 26: Secretary of State Cordell Hull informs the Japanese ambassador that the United States will not extend the 1911 commercial treaty between the two nations.

August: Despite pressure from the West and his own dire assessment of the German threat, Polish General Edward Smigly-Rydz declares that allowing the Soviets passage through Poland would be a mistake, claiming that once the Red Army enters Polish territory, "they will never leave it."

The Nazi SS obtains 150 concentration camp prisoners, dresses them in Polish army uniforms, and shoots them. Their bodies are used as planted evidence of Polish aggression along the German border, and Adolf Hitler uses the fictional skirmish as a pretext for war.

Below are more highlights and images that outline the events of World War II and show the details of a Kindertransport journey, as well as the Jewish Youth Aliyah organization in the late 1930s.

The Night of Broken Glass (Kristallnacht): Jews in Berlin spent days cleaning up their homes and neighborhoods after Kristallnacht (Night of Broken Glass), which raged on November 9 and 10, 1938. After a Jewish teenager shot a German diplomat in Paris, Nazi propaganda minister Joseph Goebbels organized a pogrom against German Jews. Citizens joined Storm Troopers in destroying and looting Jewish homes, stores, and synagogues, and killing nearly 40 Jews. Some 30,000 Jewish men were taken to concentration camps. In addition, Hermann Göring levied an "atonement fine" to pay for all the damage. Kristallnacht signaled many more Nazi cruelties to come.

The British government agrees to take in Jewish children: A Jewish child rests following a Kindertransport journey. After Kristallnacht, the British government agreed to receive Jewish children under age 17 from Nazi Germany and its occupied territories. Jewish organizations selected children -- generally orphaned, impoverished, in danger of arrest, or with parents in concentration camps -- and financially guaranteed each child's care and eventual re-emigration. From December 1938 to September 1939, about 10,000 children traveled by train and ferry to Great Britain, where they lived in foster families, in group homes, or on farms. Most of the refugees never saw their parents again.

Nazi Germany takes control of Prague on March 15, 1939: The German annexation of Bohemia and Moravia occurred soon after President Hácha's capitulation. The Germans occupied Prague on March 15, 1939, and seized the Czech armaments industry and tank production lines. The Czech army was disbanded, with much of its excellent equipment adopted by the Germans -- including 469 tanks. Politically, the annexation furthered Adolf Hitler's policy of developing Lebensraum (living space) for Nazi Germany in the east. It also delivered some 120,000 Czech and refugee German Jews into the hands of the SS.

In April 1939, Britain institutes conscription for men ages 20 to 21: Because Great Britain had only a small professional army, in April 1939 men ages 20 and 21 were required to register for six months of military training. This was the first peacetime conscription in British history, and all Labour and Liberal members of Parliament voted against it. By 1941 conscription was extended to men ages 18 to 41 (single men were inducted before married men) and to unmarried women.

Jews are denied access to Cuba, the U.S., and Canada: Twins Renate and Innes Spanier gaze out of a porthole on the ship St. Louis. In May 1939, more than 900 Jewish refugees booked passage on the liner, hoping to escape Nazi Germany. However, Cuba, the United States, and Canada all denied permission for the ship to dock. After fruitlessly sailing up and down the North American coast, the St. Louis returned to Europe. Most passengers had to disembark in countries that were later overrun by Nazi Germany. Many died in concentration camps, though the Spaniers survived in Holland and eventually immigrated to the U.S.

Nazi Germany and Japan signed the German-Soviet nonaggression agreement, known as the Molotov-Ribbentrop Pact, and agreed to destroy Poland. Continue on to the next page for a detailed timeline on the important World War II events that occurred from August 4, 1939, to August 23, 1939.