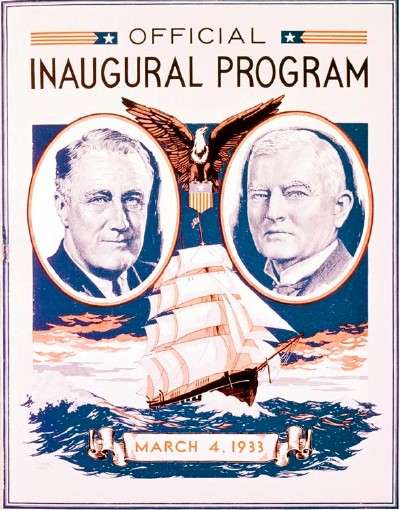 November 16, 1933: Washington normalizes diplomatic relations with Moscow, with the understanding that Moscow will not sponsor Communist propaganda within the United States.

January 1, 1934: In a year that will see massive buildup of all branches of the German military, officials order some 4,000 new aircraft for the Luftwaffe.

May 5, 1934: The Soviet Union and Poland reaffirm their mutual nonaggression pact, strengthening the geographical buffer zone between Russia and Nazi Germany.

June 14-15, 1934: Adolf Hitler and Italian dictator Benito Mussolini rendezvous in Venice and leave their first face-to-face meeting mutually unimpressed, with Benito Mussolini whispering "I don't like him" to his staff.

June 30, 1934: At least 77, and perhaps as many as 400, are killed during Nazi Germany's "Night of the Long Knives," a purge of Nazi Party and other enemies ordered by Adolf Hitler that will secure his ascendancy in the state.

July 25, 1934: Austrian Nazis murder Chancellor Engelbert Dollfuss in a coup attempt. He will be succeeded by Kurt von Schuschnigg.

August 1934: Adolf Hitler officially becomes Der Führer, a combination of chancellor and president, when the German army swears him allegiance upon the death of President von Hindenburg.

September 18, 1934: The Soviets belatedly join the League of Nations.

December 1934: A buildup of the Italian military follows Benito Mussolini's order for the conquest of Abyssinia (present-day Ethiopia).

The headlines below outline more major events of World War II that took place as Adolf Hitler and Nazi Germany rose to power.

Direct protests are a part of anti-Nazi sentiment in Britain in the 1930s: British views on Adolf Hitler and the rise of the Nazis during the 1930s were often ambivalent. Many underestimated the Nazis or thought them irrelevant, while others actually admired Adolf Hitler's achievements in Nazi Germany. However, some of those who understood the Nazi policies resorted to direct protests in a vain attempt to expose the growing peril. In 1933 three men and one woman were convicted for damaging this wax figure of Adolf Hitler at Madame Tussauds, a wax museum in London.

The Dachau concentration camp holds opponents of the Nazi regime: Prisoners march to the kitchen with mess kits for a meal at the Dachau, Germany, concentration camp, which opened in March 1933 as a prison for opponents of the Nazi regime. Political prisoners were soon joined by Gypsies, Jehovah's Witnesses, homosexuals, clergy, and repeat criminals. Gradually, the number of Jews increased at Dachau, especially after Kristallnacht in 1938. Selections for extermination began at Dachau in 1941. In all, the camp held nearly 200,000 prisoners, and about 30,000 were killed. Thousands more died from medical experiments, forced labor, and horrific living conditions. The Nazis, who considered Dachau an ideal concentration camp, modeled others after it.

Hjalmar Schacht was Nazi Germany's economic mastermind: Hjalmar Schacht was a brilliant German financier who believed in "a sound economy in a strong state" and that "the basic ideas of National Socialism contain a great deal of truth." During the 1920s and 1930s, Hjalmar Schacht utilized his mastery of economics and the correlation between the state, industry, and commerce to help Adolf Hitler. As president of the Reichsbank and minister of economics, he established the financial trickery that enabled German rearmament.