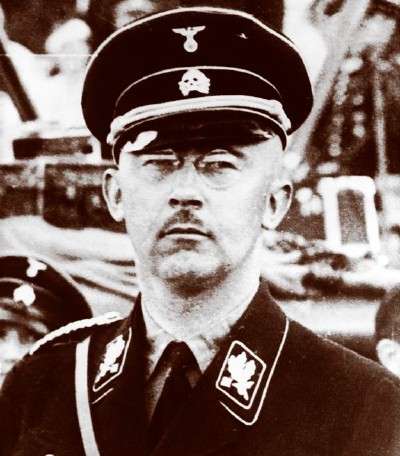 Italy began its World War II offensive when Benito Mussolini ordered his troops into Abyssinia in October 1935, then renounced its membership in the League of Nations in May 1936. The World War II timeline below summarizes these events and other important events that occurred from October 1935 to July 17, 1936.

October 1935: Benito Mussolini orders his troops into Abyssinia. The League of Nations will call for economic sanctions against Italy, but in the absence of French and British enforcement, the sanctions will be meaningless.

December 1935: Samuel Hoare of Britain and Pierre Laval of France create the Hoare-Laval Pact. According to this proposal, France and Britain would give Italy a part of Abyssinia and would give that African nation a guaranteed corridor to the ocean. The plan will be scrapped because of public uproar in England.

March 7, 1936: On Adolf Hitler's orders, German troops enter the demilitarized Rhineland. A clear violation of the Treaties of Versailles and Locarno, this maneuver also deals a blow to collective security because Britain and Italy, who pledged aid to France in the 1925 Locarno Pact, do nothing.

May 2, 1936: With his country largely overrun by Italian troops, Abyssinian leader Haile Selassie flees the capital of Addis Ababa.

May 12, 1936: Like Japan and Germany before it, Italy informs the League of Nations that it intends to renounce its membership.

July 17, 1936: A coup attempt led by General Francisco Franco against the Popular Front government launches the Spanish Civil War. The rebellion spreads like wildfire throughout Spain. Adolf Hitler and Benito Mussolini send planes to fly Franco's troops from Spanish Morocco to Spain. They will later send planes and soldiers to help Franco fight the Spanish Republic.

Below are more highlights and images that outline the events of World War II and show the details of Nazi Germany's plans for breeding a "super race" in the mid-1930s.

Dorothy Thompson criticizes Nazi Germany's rise to power: In 1924 freelance correspondent Dorothy Thompson became head of the Philadelphia Public Ledger's Berlin news bureau. Thompson irritated both Nazi politicians and American isolationists, calling the Nazi rise to power "the most world disturbing event of the century and perhaps of many centuries." Expelled from Nazi Germany in 1934, Thompson continued her crusade against dictatorships in books, articles, her syndicated column "On the Record" (1936-1941), and broadcasts on NBC. In 1939, Time magazine ran a cover story naming Thompson and Eleanor Roosevelt two of the most influential women in the country.

Sir Oswald Mosley heads the British Fascists: Sir Oswald Mosley was the leader of the British Union of Fascists from its formation in 1932. Throughout the decade, Sir Oswald Mosley exploited British anti-Semitism and anti-bolshevism while creating positive perceptions of Adolf Hitler's regime in Nazi Germany. The union's membership rose to as much as 50,000 in 1934. Of the Axis powers, only Italy provided any financial support for Sir Oswald Mosley's British Union. Mosley, his wife (the former Diana Mitford), and others in the union were interned from May 1940 to November 1943.

Heinrich Himmler develops program for breeding Aryan "super race": The Lebensborn (source of life) program was developed in 1935 by Reichsführer-SS Heinrich Himmler to produce a German "super race" by selective breeding. Suitable young German women -- those displaying the Aryan characteristics idealized by Heinrich Himmler in his perverted views of Nazi Germany's heritage and culture -- were encouraged to become pregnant by SS officers, all of whom were considered to be politically sound and "racially pure." Once the women were pregnant, special SS-administered medical centers provided them with exemplary maternity care. The young woman seen here was a resident of the Lebensborn home on Swan Isle, a small residential island in Lake Wannsee, near Berlin. (Goebbels and other top Nazis owned homes there.) The cradle room was in the Lebensborn home in Steinhoring.

Continue to the next page for a detailed timeline on the important World War II events that occurred from November 1, 1936, to July 7, 1937.