The Impact of Railroad Expansion 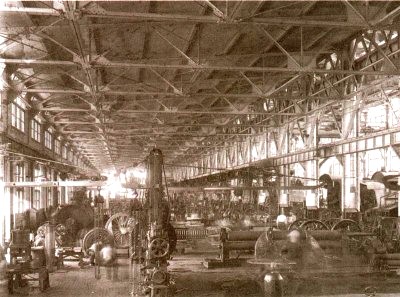 The railroad shops across North America represented a large portion of the continent's industrial capacity. Almost any shop of this size could build locomotives from scratch.
Railroad Museum of Pennsylvania

The steel highway improved the lives of millions of city dwellers. By the 1890s, the United States was becoming an urban nation, and railroads supplied cities and towns with food, fuel, building materials, and access to markets. The simple presence of railroads could bring a city economic prosperity. Railroads even helped shape the physical growth of cities and towns, as steam railroads and then electric street railways facilitated growth along their lines and made suburban living feasible.

Mail, sorted enroute aboard Railway Post Office (RPO) Cars, permitted reliable and rapid communication. Railway express and the rise of mail-order merchants permitted people in the most remote rural areas to enjoy inexpensive consumer goods. Telegraphy and railroading had been inseparable since the beginning, and virtually everywhere there was a railroad, there was a telegraph wire.

In 1893, the United States celebrated the 400th anniversary of the "discovery" of the New World with a spectacular fair in Chicago. The Transportation Building at the "World's Columbian Exposition" featured railroad exhibits and equipment from around the world, but the most lavish displays were from Baldwin Locomotive Works, the Pullman Palace Car Company, and other American companies. The B&O erected a huge exhibit tracing the entire history of the railroad, while the Pennsylvania and New York Central railroads had separate exhibit buildings.

The world's fair marks the high point of the railroad in American life. By the mid-1890s, almost the entire North American transport network was oriented around the 200,000 miles of track extending from the Atlantic to the Pacific and also connecting with substantial networks in the neighboring countries of Canada and Mexico.

By then, New York Central's Empire State Express had exceeded 100 miles per hour on its runs to Chicago, leaving no doubt about rail travel's potential for speed. As for comfort, Pullman cars of the day rivaled the finest hotels for the level of service and creature comforts provided. Railroads offered convenience, taking travelers across the continent in less than a week-or down branch lines to the most remote Appalachian hamlet in a matter of days.

On the flanks of almost every steam locomotive, a plaque provided the engine's pedigree. This was its "birth certificate." This plaque was from the 2,475th locomotive built by the Brooks Locomotive Works.
Sanderson Photography, Inc.

In the West, railroads helped open new territory to economic exploitation, and then played a large part in the creation of the first national parks. They also pioneered modern forms of hotels, resorts, and restaurants. As the nineteenth century ebbed, every aspect of society and culture was reflected in the railroad. When the Supreme Court ruled that racial segregation was legal, railroads in the South responded with "Jim Crow" cars having "separate, but equal," accommodations. There also were special Temperance Movement trains, as well as excursions promoting the vote for women.

Americans celebrated the railroad in song, literature, and art. The fledgling motion-picture industry turned its hand-cranked cameras on speeding trains because they were the most exciting things on wheels. Virtually every form of entertainment traveled by rail, from the latest popular magazines to touring circuses and New York theater companies.

By 1900, the people of Canada, Mexico, and the United States had settled a vast continent that the best minds of Thomas Jefferson's day thought would take a thousand years to occupy. Largely because of railroads, it took only a few decades. 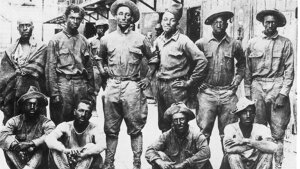