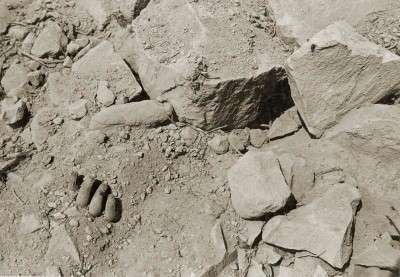 The Allied forces World War II campaign against Nazi Germany gained strength as they advanced into Cologne, Germany, and across the Rhine River into central Germany. The World War II timeline below summarizes important events that occurred during the war from February 24, 1945, to March 7, 1945.

February 24: Ahmed Maher Pasha, prime minister of Egypt, is assassinated on the floor of parliament, moments after reading a declaration of war against Japan and Nazi Germany.

February 26: In a daytime air raid, the USAAF drops 500,000 incendiary bombs on Berlin. British RAF units take over the attack after darkness falls.

March 1945: In a last-ditch effort to regain an upper hand in the air war, Nazi Germany forms its own suicide units, manned by some 300 volunteers.

With the exception of a few stragglers, the U.S. Navy has eliminated the enemy from shipping lanes throughout the central Pacific.

March 3: The Philippine capital of Manila is declared clear of Japanese forces.

March 5: Continuing their advance into the German homeland, Allied troops march on Cologne.

Desperate for troops, the German army begins conscription of boys as young as 16.

March 6: Nazi Germany's Sixth Panzer Army launches Operation Spring Awakening against Soviet Union forces in Hungary in an effort to recapture the area between the Danube River and Lake Balaton.

With Iwo Jima largely secure, the U.S. Air Force begins to use the island as a forward base.

March 7: Allied forces cross the Rhine River at Remagen and advance into central Germany, as German soldiers in the north capitulate in droves.

Below are more highlights and images that outline the events of World War II and show the details of the vicious battle of Iwo Jima.

Savage combat on Iwo Jima leaves mangled soldiers on both sides: The hand of one of Iwo Jima's 21,000 Japanese defenders lies half buried in the blasted rubble. Veteran Time magazine correspondent Robert Sherrod observed that the dead of both sides had one thing in common: "They had died with the greatest possible violence." Nowhere in the Pacific had he seen such badly mangled bodies. Sherrod described bodies cut in half, limbs lying 50 feet from the nearest body, and the strong smell of burning flesh.

Members of Company E, 28th Marines, raise the American flag on Mount Suribachi: Private First Class Jim Michels kept watch as members of Company E, 28th Marines, raised the first flag on top of Mount Suribachi at about 10:30 a.m. on February 23, 1945. The 54" X 28" flag was hoisted aloft on a piece of discarded pipe after a Marine patrol, led by Lieutenant Harold Schrier, had scaled the height and engaged in a brief firefight with Japanese soldiers at the summit. Later that day, another patrol brought a larger, more visible flag up the mountain. The raising of the larger flag was photographed by Joe Rosenthal and became one of the most celebrated images of World War II.

Naval construction battalions, or "Seabees," construct airfields: Bulldozer operators carve out an airstrip on Eniwetok following the island's seizure in early 1944. Naval construction battalions, the "Seabees," gained fame for their ability to construct airfields quickly and erect support facilities on captured islands. Army engineers performed similar feats in the Southwest Pacific. The speed with which these islands were seized and transformed into fleet and air bases -- often within weeks -- astonished the Japanese and facilitated the fast-paced U.S. advance across the Pacific. The Seabees, whose motto was "Can Do," boasted: "The difficult we do immediately; the impossible takes a little longer."

Actress Hedy Lamarr' invents Secret Communication System: In 1933, 19-year-old Hedwig Kiesler married Austrian munitions manufacturer Friedrich Mandl. Mandl sold munitions to Nazi Germany, where he and his wife socialized with Adolf Hitler. In addition to munitions sales, Mandl's company also conducted research on radio control systems. Hedwig, an actress, left her husband, changed her name to Hedy Lamarr, and moved to the U.S. in 1937. As a result of a casual conversation three years later with her neighbor, George Antheil, they invented the Secret Communication System (diagram above) in 1941. The Allied system had many applications, such as torpedo control and the transmission of secret messages. All the while, Lamarr starred in major Hollywood productions.

Mexico aids Allied forces: Mexican Air Force planes regularly patroled the coast near the U.S.-Mexican border. On May 21, 1942, the Mexican tanker Faja de Oro was sunk by a German submarine off Florida's Key West. Mexico declared war on Nazi Germany, Italy, and Japan the next day. The declaration of war came after Mexico had broken diplomatic relations with the Axis powers soon after the United States entered the war in December 1941. Besides contributing resources and manpower to the U.S. production of war materials, the Mexican Air Force engaged in battle in the Philippines, where the Aztec Eagle squadron saw combat. Of 31 pilots, five were killed in action.