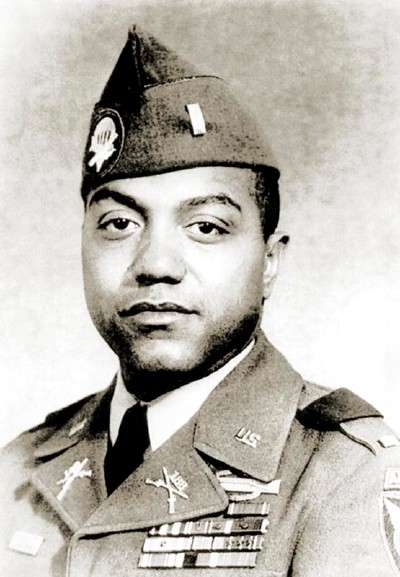 In one of the bloodiest battles of the Pacific in World War II, 60,000 United States troops landed on the island of Okinawa. The World War II timeline below summarizes important events that occurred during the war from March 23, 1945, to April 1, 1945.

March 23: Task Force 58 launches air raids on the Japanese island of Okinawa in preparation for an eventual American landing.

March 24: The war in northern Burma comes to an end as the Chinese 50th Division meets the Chinese New First Army near Hsipaw, Burma.

March 26: The remainder of the Japanese force on Iwo Jima stages one final, suicidal attack against the U.S. forces that occupy the strategically critical island.

March 27: Soviet Union officials convene a meeting with anti-Communist Polish leaders under false pretenses. They will incarcerate the Poles and eliminate opposition to communism by Poland's government-in-exile.

Britain suffers an attack by the terrifying German V-2 rockets for the last time.

The U.S. begins a program of mining Japanese waters in an effort to completely blockade the home islands.

April 1945: The first helicopter rescue is achieved when a Sikorsky YR-4 is used to rescue Captain James Green, a U.S. Air Force pilot who crashed in the Burmese jungle.

April 1: More than 300,000 German soldiers are entrapped as the U.S. Army closes ranks around the economically critical Ruhr region.

In an effort to ensure that all Japanese are available to assist the cause of victory, all schools in the nation are closed.

Some 60,000 U.S. troops land on the island of Okinawa, launching one of the bloodiest battles of the Pacific war.

Below are more highlights and images that outline the events of World War II and show the details of Americans mourning the death of President Franklin D. Roosevelt on April 12, 1945.

Few African American soldiers honored for their bravery: On April 5, 1945, Second Lieutenant Vernon Baker's company was pinned down while attacking a German position near Viareggio, Italy. Baker crawled forward and destroyed four machine gun nests, killing nine Germans. For this action, he was awarded the Congressional Medal of Honor. Since he was African American, however, it took the military 52 years to award it. More than 1.2 million African Americans served in the war, but few received battlefield decorations and none were awarded the Medal of Honor until January 13, 1997, when seven African Americans received it from President Bill Clinton. The 77-year-old Baker was the only one still living.

Americans mourn the death of FDR on April 12, 1945: Residents of Washington, D.C., mourn the passing of President Franklin Delano Roosevelt, who died of a stroke in Georgia on April 12, 1945. Franklin Delano Roosevelt, the only president elected four times, had pulled America out of the Great Depression and inspired his nation to victory in World War II. African Americans shared in the suffering of his loss: Through his Executive Order 8802, FDR had integrated the national defense program. Overseas, Winston Churchill broke into tears when he relayed the news of Franklin Delano Roosevelt's death in a speech to the House of Commons. Joseph Stalin, reportedly, was also moved by his ally's death.

Vice President Harry Truman is unprepared for presidency after the death of FDR: When Vice President Harry Truman was summoned to the White House on April 12, 1945, he was unaware of President Franklin Delano Roosevelt's death. When he was sworn in as president, he was not well prepared for the responsibilities of the office since, during his three months as VP, he had little contact with President Franklin Delano Roosevelt. Truman was sworn in as president that evening. The next day he told reporters, "When they told me what happened yesterday, I felt like the moon, the stars, and all the planets had fallen on me."

General MacArthur and Admiral Nimitz were chosen to command land and sea forces for the Allied invasion of Japan. Continue to the next page for a detailed timeline on this and other important World War II events that occurred from April 3, 1945, to April 9, 1945.