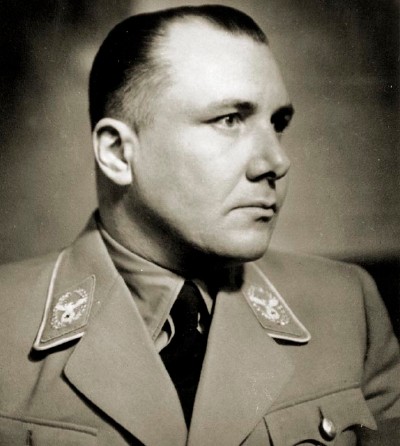 Nazi Germany's World War II campaign officially came to an end on May 7, 1945, when German general Alfred Jodl signed the formal surrender documents in Reims, France. The World War II timeline below summarizes important events that occurred during the war from May 3, 1945, to May 7, 1945.

World War II Timeline: May 3-May 7

May 3: British Royal Air Force (RAF) planes attack and sink three German ships -- the Cap Arcona, Thielbek, and Deutschland. Unknown to the RAF, these ships -- under the direction of the Red Cross -- are carrying rescued prisoners (mostly Jews) from German concentration camps. Some 8,000 lose their lives.

May 4: German troops surrender en masse throughout northern Germany and the Netherlands.

May 5: German and Allied officials meet in Reims, France, to reach agreement on the terms of Germany's capitulation.

The German army lays down its weapons throughout Bavaria.

Czech partisans rise up against the German occupation force in Prague.

A Japanese balloon bomb kills a woman and five children in Oregon, becoming the only such bomb of the war to induce casualties.

May 6: Admiral Lord Louis Mountbatten, supreme Allied commander of the Southeast Asia theater, announces that the Allied campaign in Burma has come to an end.

The Red Army captures Breslau, Germany, after laying siege to the German garrison for 82 days.

U-2336 sinks two merchant ships in the North Atlantic -- the last U-boat "kills" of the war.

Below are more highlights and images that outline the events of World War II and show the details of the liberation of Dachau, as well as the execution of Dachau guards by U.S. troops in late April 1945.

American skepticism over Adolf Hitler suicide leads to an extensive 11-year investigation by the FBI: A cover of Time, illustrated by Boris Artzybasheff, showed Adolf Hitler's face with a blood-red X over it. It appeared on the issue dated May 7, 1945, a week after the German leader's suicide. When word reached America that Adolf Hitler had taken his own life, the report was met with skepticism. In fact, the FBI conducted an extensive, 11-year investigation into whether the German leader faked his death. His suicide was confirmed in the 1960s by Russian journalist Lev Bezymenski. He reported that Soviets had performed an autopsy on corpses found buried in a shallow grave that were identified as belonging to Adolf Hitler, his wife, and their two dogs.

Traumatized World War II soldiers suffer from "shell shock" -- today called Combat Stress Reactions (CSRs): At the front lines in Nazi Germany in 1945, doctors routinely gave traumatized, exhausted American soldiers sedatives. Throughout World War II, Allied forces were troubled by incidents of what is today called Combat Stress Reactions (CSRs). It was then referred to as "shell shock," "battle fatigue," or "war neurosis." The 1943 episode in which General Patton slapped two troubled soldiers in Sicily generated concern about the problem, and by 1944 a psychiatrist was assigned to each American division. Some soldiers were sent to rear hospitals for psychological treatment.

The liberation of Dachau uncovers 30,000 prisoners and hundreds of unburied corpses: Flat-bed trucks were used to haul away bodies of prisoners who died at Dachau. Located near Munich, Germany, the Dachau concentration camp had been built in 1933 to confine political opponents of the Nazi movement, and in November 1938, 11,000 Jewish prisoners were sent there. Dachau was used as a model for other concentration camps in Nazi Germany and Eastern Europe. In spring 1943, a crematorium with four ovens was put into use at the camp. Upon liberating Dachau on April 30, Americans discovered more than 30,000 prisoners and hundreds of unburied corpses. In its 12 years, more than 30,000 of Dachau's 200,000 prisoners died.

U.S. troops execute Dachau guards on liberation day -- April 30, 1945: When Dachau was liberated on April 30, 1945, an unknown number of American GIs lined 16 SS camp guards against a coal yard wall in the adjacent SS training camp and executed them (pictured). Additional executions took place at Dachau's rail yard, at a guard tower, and at Würm creek. In all, 37 to 39 SS personnel were dispatched that day. These actions were "unauthorized" and did not reflect U.S. Army policy toward captured SS.

German commodore Karl Dönitz named president of Germany: In 1935 Adolf Hitler named German commodore Karl Dönitz as the first commander-in-chief of U-boats. He advanced in rank and command until 1943, when he became grand admiral of the German Navy. When two of Adolf Hitler's highest lieutenants, Heinrich Himmler and Hermann Göring, betrayed him, Adolf Hitler named Dönitz as his successor with the title of president. The only part of the Reich not in Allied hands by the end of April was an area near Flensburg in northern Germany. Dönitz's government there was never acknowledged by the Allies and came to an end on May 23, 1945, when he was arrested by British troops.

German troops continued to surrender to Allied forces throughout Europe, and Victory (V-E) Day was declared. Continue on to the next page for a detailed timeline highlighting this and other important World War II events that occurred from May 8, 1945, to May 16, 1945.