by Melanie Radzicki McManus
This gravestone marking the Boston Massacre lists the names of the five people who were killed. See Revolutionary War pictures. © Kevin Fleming/Corbis

Massacre. The very word is chilling. For many, it immediately brings to mind hundreds or even thousands of innocent people savagely slain. With good reason. In the 1937 Nanking Massacre, for example, at least 300,000 people were brutally killed by Japanese troops [source: Nanking Massacre]. In the ancient Massacre of the Latins of 1182, Constantinople's Eastern Orthodox citizens murdered or drove out some 60,000 of the city's Roman Catholic citizens, who controlled Constantinople's maritime trade and financial sector [source: Pegg]. Yet interestingly, despite our common collective image of what a massacre is, the definition of the word is actually a bit vague. Merriam-Webster dictionary states that it's the act of killing "a number" of helpless people via atrocious means, and that the origin of the word is unknown.

Since no specific number of deaths is required to consider a group-killing a massacre, it's up to us to decide what is and isn't. Sometimes we've decided based on the number of dead, other times on the sheer brutality involved. If you pore through the annals of history, you'll find massacres of five, 25, 500, and well over 100,000. Here are five of the (thankfully) smallest massacres that have occurred.

A covered wagon along a wooden fence at the Whitman Mission National Historical Site in Washington state commemorates Marcus and Narcissa Whitman's role in establishing the Oregon Trail. © Connie Ricca/CORBIS

In 1836, Presbyterian missionaries Marcus and Narcissa Whitman established a mission to the Cayuse Indians at Waiilatpu in Oregon's Walla Walla Valley. Although the couple worked diligently to assist the Cayuse, constructing buildings, teaching their children and doctoring their sick, the Indians never took to the couple's outreach. Part of the reason was the Whitmans' lack of accommodating Cayuse customs and beliefs. For example, when the Cayuse wanted to hold a service in the Whitman home, as opposed to a church -- something appropriate in their culture -- Narcissa Whitman refused [source: PBS].

By 1842, church elders wanted to close the mission. Marcus Whitman traveled back East and persuaded them to give him more time. On his return, he hooked up with a wagon train of 1,000 pioneers, leading them to Waiilatpu to settle. The Cayuse became disgruntled that so many white people flooded their lands, and that the Whitmans had turned their attention to the new settlers. Then in 1847, disaster struck. A measles epidemic hit, killing half the Cayuse, including nearly all of their children -- yet most of the whites survived. Though the Whitmans attended to both groups, it seemed to the Cayuse that the couple was only curing the white people. Enraged, several Cayuse banded together and slayed 14 settlers, including the Whitmans. Several of those involved in the killings were later hanged. A few years later, the Cayuse, decimated in numbers, were absorbed by other tribes, ending their independent existence [source: PBS]. A terrible ending for everyone.

The Frog Lake Massacre in Canada's Northwest Territories (today's Alberta) ironically led to the largest mass execution in the country's history. The year was 1885 and the Plains Cree, like other Indians in the country, were starving following the buffalo's near-extinction. The white people ruling the country kept breaking the treaties they'd made with the Indians, further worsening their living conditions. A band of angry Cree warriors raided a store at the Frog Lake Settlement, searching for food. They also took some of the villagers as prisoners, including Thomas Quinn, an Indian agent who had repeatedly treated the Cree harshly. Quinn was ordered to move to a nearby Cree encampment but refused, so one of the Indians shot him in the head. In the chaos that ensued, eight more settlers were killed, including two Catholic priests. Seventy settlers were then taken captive [source: Chaput].

Six Cree were later hanged at Fort Battleford for their part in the Frog Lake Massacre, along with two other Cree found guilty of an earlier murder. The hangings were the largest group execution in Canadian history [source: Chaput].

Paul Revere's famous engraving of the Boston Massacre shows the British soldiers shooting defenseless men, though there was violence on both sides. Crispus Attucks, the man lying closest to the soldiers was black but was depicted as white. © Bettmann/CORBIS

The Boston Massacre is seen as such a pivotal point in American history, it's re-enacted every year on the massacre site -- the front lawn of Boston's Old State House. The scuffle occurred on March 5, 1770, when the American colonists were still under British rule and angry about the imposition of new taxes. The colonists were heckling a British sentry that day, so a squad of British soldiers came to his assistance. But instead of calmly dispersing the crowd, the soldiers fired into it, killing three immediately. Two later died of their wounds.

While not an especially brutal killing, nor one that took many lives, leaders of the rebellion quickly dubbed it a massacre. Patriot and silversmith Paul Revere created an engraving about it, which was widely distributed. The colonists were so enraged by the killings, they threatened retaliation. The British officer in charge, Capt. Thomas Preston, was arrested along with eight of his men; all were charged with manslaughter. Interestingly, although tried in a colonial court, Preston and six of his men were acquitted; the two who were found guilty of manslaughter simply received a brand on the hand. The incident resulted in the removal of British troops from Boston. It also helped draw many colonists to the Patriot cause, thanks to the "massacre" label, which made the killings seem planned [source: History].

William Allen was pursued and shot by British troops during the St. George's Fields Massacre. He was the first man of the seven to die. Universal History Archive/UIG via Getty Images

This incident in London was a bit intertwined with the Boston Massacre. In 1768, two years before the Boston slayings, John Wilkes sat in London's King's Bench Prison, convicted of libeling King George III. Wilkes was a radical member of the House of Commons, and had written an article critical of the king that was published in Wilkes' newspaper, The North Briton, in 1763. Some 15,000 citizens, irate over Wilkes' arrest, gathered outside the jail in protest, angrily chanting, "Damn the King! Damn the Government! Damn the Justices!" and, "No liberty, no king!" [source: Simkin]. Fearing the protesters would attempt to storm the jail and rescue Wilkes, government troops fired into the crowd. Six people were killed plus one bystander, who soldiers pursued, cornered and shot, thinking he was one of the protesters [source: Buescher].

The horrifying event became known as the St. George's Fields Massacre, named for the section in London where it occurred. Afterward, riots erupted all over the city. Wilkes wrote to Boston's Sons of Liberty from jail, concerning the "horrid Massacre." He noted it was possible the government actually planned the massacre in advance. A British chaplain also railed against the murders from the pulpit; his sermon was printed and widely distributed in the American colonies. Two years later, when the Boston Massacre occurred, the colonists wondered if it too had been a government plot. Bostonians may have decided to use the term "Boston Massacre" to echo the St George's Fields Massacre [source: Buescher].

This re-enactment of the St. Valentine's Day Massacre shows the members of Al Capone's gang pretending to be policemen and lining up George Moran's men against the wall to kill them. © Bettmann/CORBIS

In the 1920s, rival gangs battled for turf in Chicago. Their main operations: bootlegging, gambling and prostitution. Soon it was down to two groups: one led by Al Capone, the other by Irish gangster George "Bugs" Moran, a longtime foe of Capone's. The city of Chicago was shocked at what happened next. On the morning of Feb. 14, 1929, seven men associated with Moran were gunned down on the North Side as they faced a garage wall [source: History].

Two of the men who shot Moran's guys were dressed in police attire, so the assumption was that the "officers" were Capone's men, who fooled Moran's gang into thinking they were merely being raided -- hence their polite cooperation in turning and facing the wall [source: O'Brien]. Yet no one was ever able to link Capone to the murders, so no one was charged. But this victory wasn't the turning point that Capone envisioned. While the St. Valentine's Day Massacre, as it was dubbed, did put Moran out of business and enable Capone to take over the city, the brutal slayings had so enraged Chicagoans that the authorities bore down on Capone. They eventually jailed him for tax fraud, ending his reign of terror [source: History]. 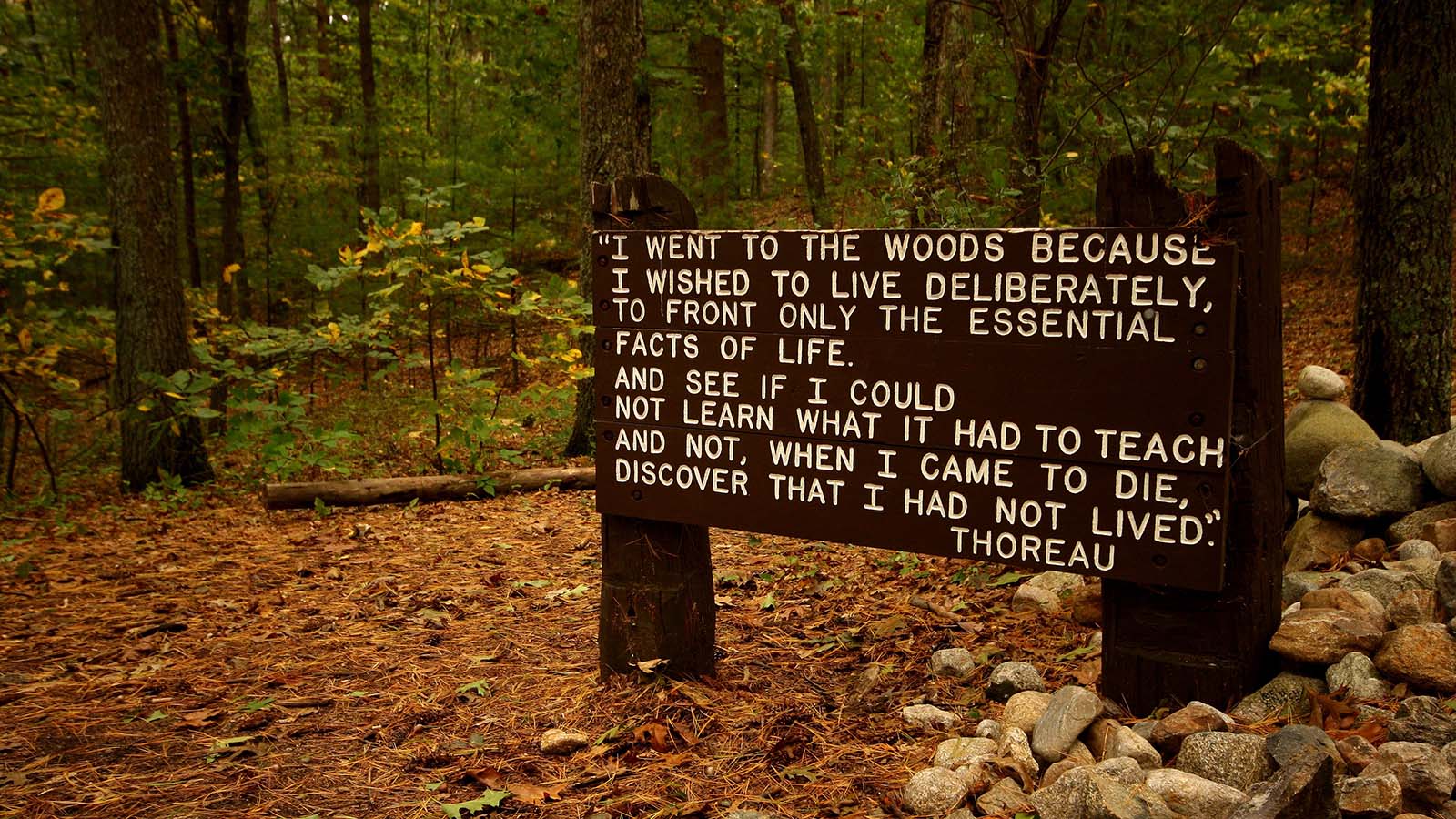 What Is Transcendentalism and How Did It Change America?

Transcendentalism was a 19th century philosophical movement with adherents like Thoreau, Emerson and Fuller, based on the idea that people had divine truth within them.

I never pondered the finer points of the meaning of the word "massacre" before researching this piece. In some ways it seems disrespectful to seemingly compare the deaths of five to that of 50,000 or 100,000 by using the same word to describe it. On the other hand, brutally killing a group of people is always horrific, no matter the group's size.